The entire staffing team is working tirelessly on preparing a 1.13 server with the plugins that are working. Jereth Khan on Discord had a brilliant idea that allowed us to begin working on the new world without schematics. This new process will take longer, but we are hoping to release the server by the end of the week (as long as nothing goes wrong, which it might).

The plan is to have both servers running at the same time, but in order to have the transfer plots available immediately we need to lock them on the main server as soon as the new server is released. So, everyone, please make sure you have everything you want to keep in your transfer plot!

There will be a 24 hour notice before the new server goes public.

I’ve been watching the progress of all of our plugins very closely, and running the latest versions of each of them on a test server almost daily. Several of our plugins have been releasing 1.13 dev versions, but are still not fully compatible with 1.13. For example, WorldEdit has been releasing 1.13 dev versions for weeks, but it still doesn’t support schematics – which we need in order to put the new spawn into the new world.

As of right now, I believe 38 plugins are compatible with 1.13. It is possible that some of these plugins may throw errors when a certain part of them is used, but I haven’t found anything yet. That means 21 of our plugins are still either completely broken, or not fully compatible (these are the ones that I know for sure throw errors when I try to use them).

**Plugins still broken in 1.13**: crates (vote rewards), Dynmap, holograms (the floating text in spawn), MyPet, the plot plugin (this means no creative world and no transfer plots), toggeable PvP, the random teleport plugin (this means no way to spread people out around the world), chest shops, and ViaVersion (this is the one that allows us to support multiple game versions).

As soon as Worldedit for 1.13 is released, we will most likely open a 1.13 version of the server that is missing those features, and let people choose which server to play on. We can set PvP to always off until that plugin is updated, and we’ll just have to wait a bit longer before we can bring the transfer plots over. The only thing I’m really worried about is the random teleport plugin – I don’t want the area around spawn to become a wasteland.

Hey everyone! We have a YouTube playlist with all the videos that have ever been made on our server. These videos are featured on our YouTube channel (and I love being able to look back on them)! If you’ve ever uploaded a video that was recorded on Altitude and it isn’t in this playlist, let me know! I’ll be sure to get it added.

Important: Do not break natural spawning chests in survival! The loot in these chests regenerates so that everyone on the server can loot the same chest once. The way it works is: every time a chest is opened it checks who is opening it. If the person opening it has already opened that chest, it does not generate loot. but, if a new person opens it, it will generate loot. There is a 6 hour cooldown on generating loot to prevent groups abusing this.

So please, don’t break the chests! We want everyone to be able to explore the world and loot all the natural spawning temples, villages, and more, just like single player. 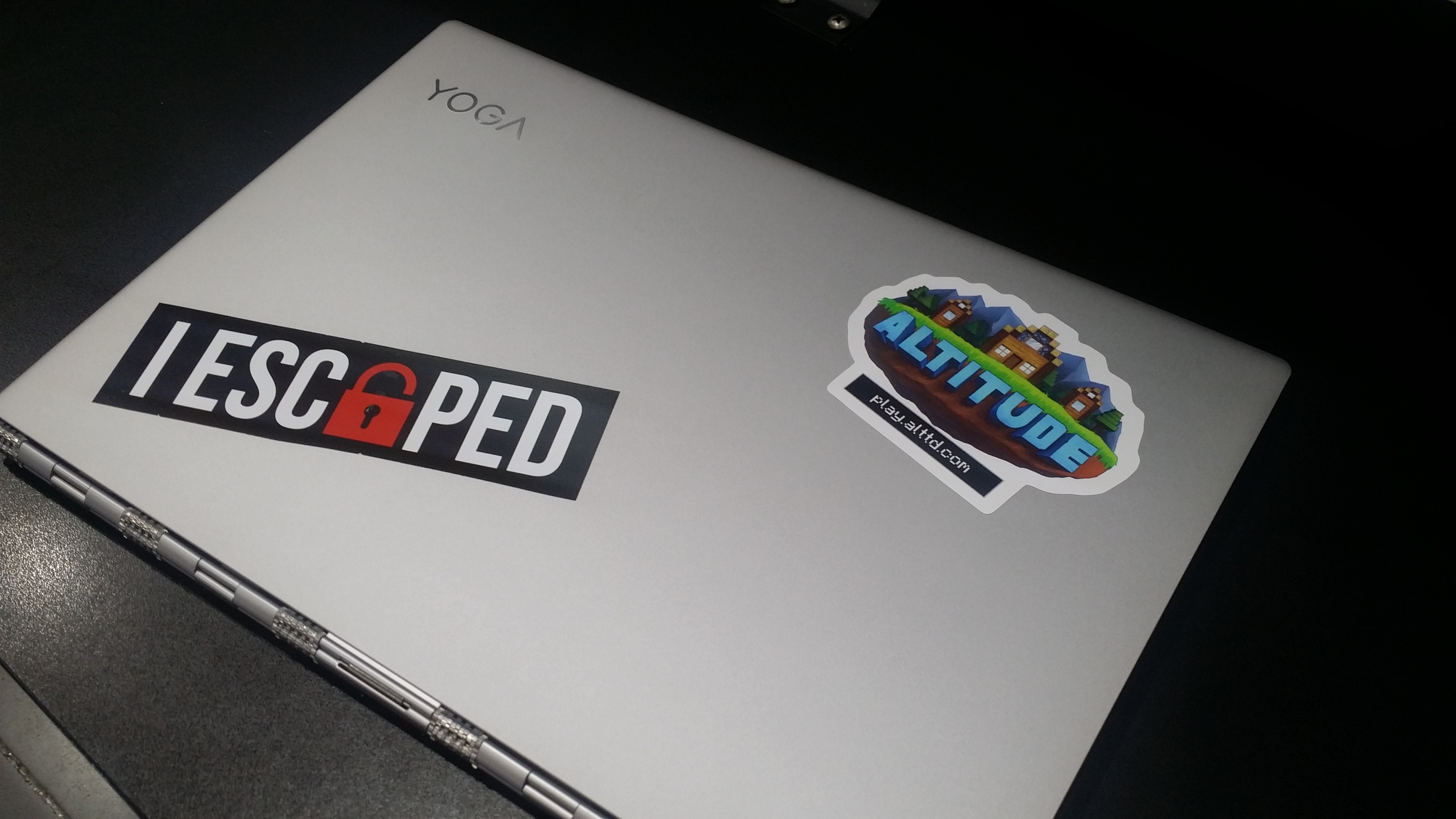 If you haven’t gotten your ALTITUDE sticker yet it’s not too late. We’ve recently released a new line of Altitude merchandise and I needed to test the product, so I ordered a TON of Altitude stickers!

I have them both with and without the server IP. If you would like one at a lower price than the official store, just donate $3 at https://donate.alttd.com/category/573021 and private message me your address.

Someone better take these off my hands before I stick them all over everything!

Players can now connect to the server using 1.13! The server itself is still running 1.12.2, so none of the 1.13 features will work and there will be some bugs (like doors not rendering correctly), but we wanted to add support for the new version as soon as possible – and it’s done!

The world has not reset yet, and we are still waiting for the server itself to be able to run 1.13, but at least now you can run your game on the latest version and still join the server.

This is a brand new feature and it was released early knowing that there are some bugs, so if you notice anything unusual please report it via email or on Discord!

Known bugs that are being worked on:
– Blocks which connect do not connect properly (fences, doors, stairs etc)
– Biomes are not correctly registered
– Falling block particles at your feet may be bugged 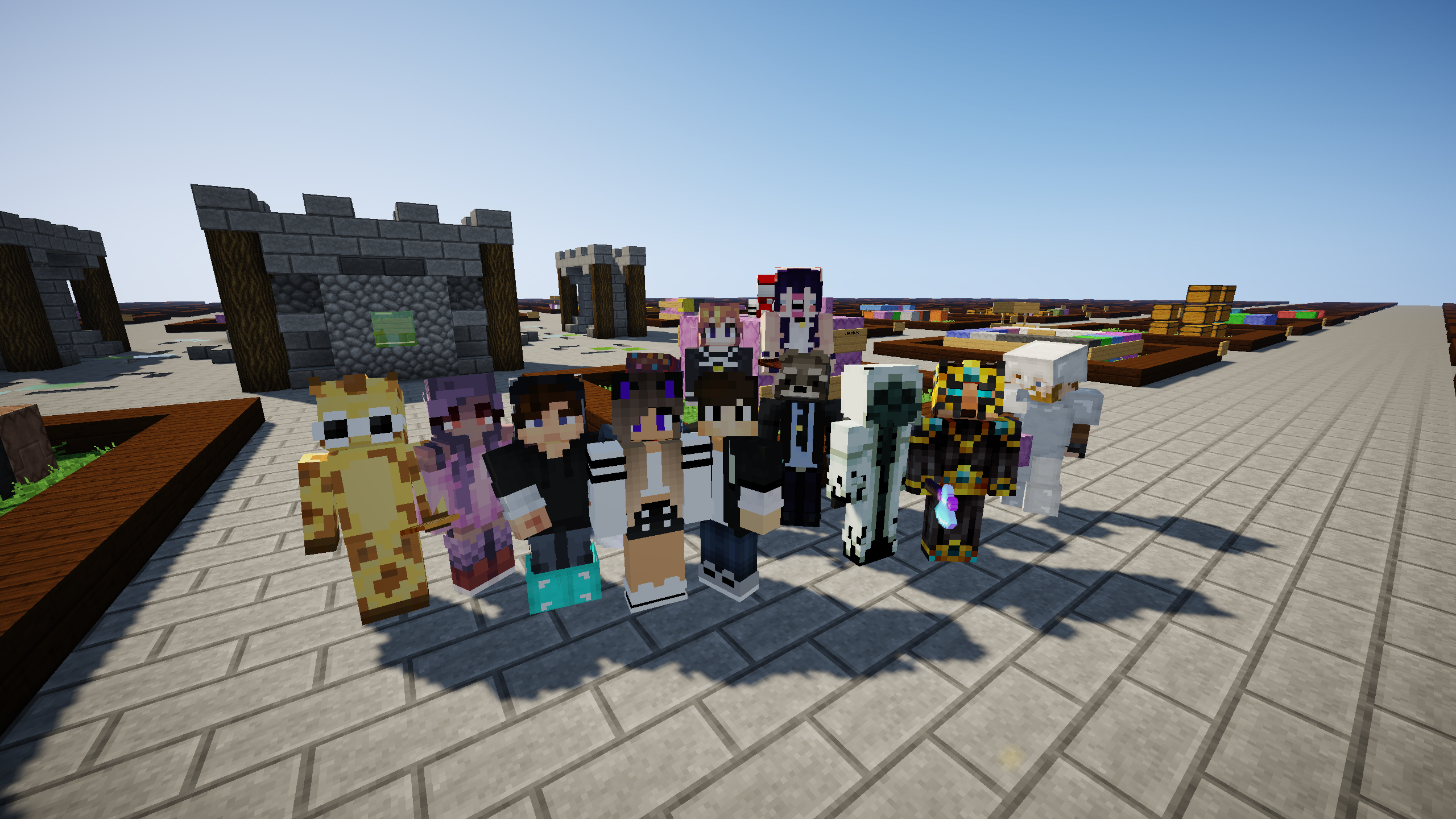 Mojang has officially released 1.13 today! We still aren’t quite ready to update the server, but everyone should make sure that they are ready, cause it will be soon! Our plan is to update as soon as we possibly can, and there might not be much of a warning ahead of time, so it is important to make sure you have all the stuff you want to keep in the transfer world at all times!

You can access the transfer world with _/transfer_ in-game.

The team over at spigotmc.org released a version of Spigot (the program that runs Altitude) that works on 1.13-pre7 last Saturday. They stressed that this was a pre-release and is not stable for a public server, but it did allow us to test all of our plugins and see how much needs to be done before we can update to 1.13.

I found out that at least 15 of our plugins are currently not compatible with 1.13. They either fail to load when the server starts, or throw errors as they are starting, which suggests that at least some part of them is not working correctly. It is also possible that additional could be buggy when used in-game, I did not test anything in-game yet.

This is the first release of Spigot for 1.13, and it is only a few days old, so I do expect many of these issues to clear up very soon. Most of the plugins that are not working have new releases daily or weekly, so I don’t think they will take long now that 1.13 is out.

At this point, I am still hoping to update to 1.13 in around 2 weeks. If necessary, we will drop some features temporarily until they are updated and compatible (such as McMMO, MyPet, or Dynmap).

The server ran out of disk space this morning during a routine backup, resulting in the server no longer being able to write to any files and crashing. The cause of this issue was a new backup script, that was written a few days ago to fix some lag during backups, failing to delete pending-backups after they are offloaded to the backup server. We’ve fixed the script, however this event has corrupted some data on the server and we are looking into options to restore the corrupted data.

11:28AM EST: The server is now back online, sorry about the downtime! If you notice anything unusual please report it to support@alttd.com or on Discord!

10:38AM EST: The most recent backup that is safe to restore from was last night at 11:00PM EST. Anything between now and then will be lost. We are working on restoring from that backup now 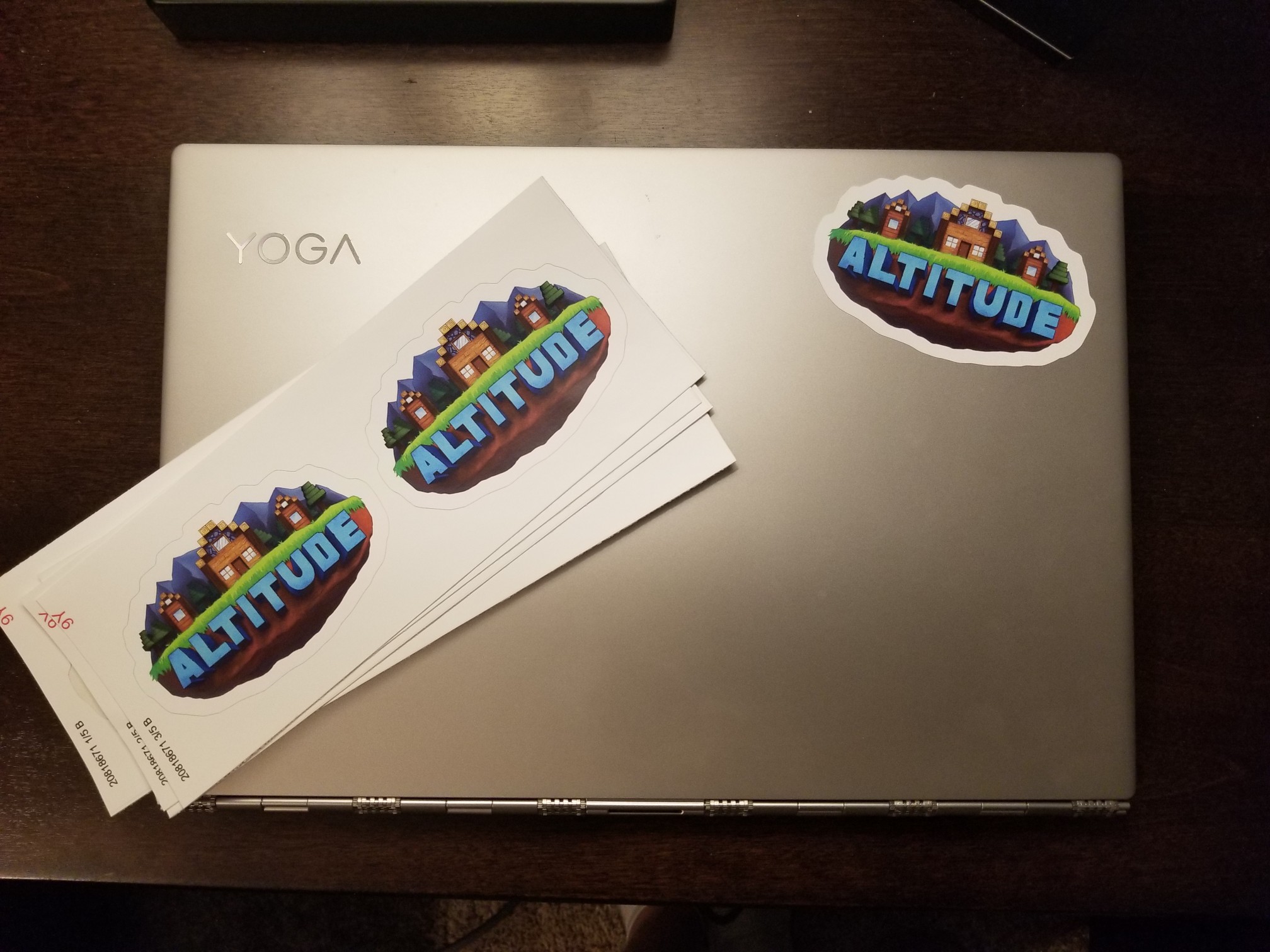